The World’s Best Kept Secret: How women and girls are changing the world

In October 2012, the Taliban shot Malala Yousafzai, a Pakistani girl advocating for her and other girls’ right to an education. Two months later, an Indian girl who was gang-raped on a bus in New Delhi died from her injuries. These stories show two very real sides of the dangers and inequalities women face worldwide. The Indian girl passing tells us of the desperate suffering caused by unbearable injustices like the one inflicted upon her. Malala’s story is one of incredible resilience in the face of oppression. Her activism and courage should inspire us to feel confident that women and girls, with their tenacity and ability to re-invent themselves, are an invaluable resource for injecting some much-needed change in this brutally unequal world.
Women, who make up half the world’s population, account for 70% of the world’s poor. But out of contexts in which people live in the most inhumane poverty, inspiring stories tell us that the fate of these communities isn’t a lost cause, and that women are often those who make the most of the little they have. In fact, according to an increasingly strong set of voices in the world of development, women and girls are the key to ending wide-scale deprivation. Research shows that women who are educated have less children: and, remember, overpopulation is a huge burden in fighting poverty. They’re also more likely to send their children to school, and they protect themselves better from STDs. Cultivating their potential is an unmissable opportunity to change the fate of generations to come. By empowering women and girls who live in poverty to take control of their lives, they’ll have better prospects for their future, and that of their children – who will in turn breed healthier and better educated sons and daughters. 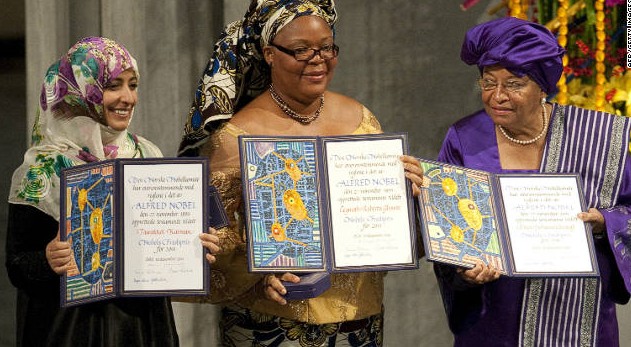 Leymah Gbowee: from being dirt-poor, to winning the Nobel Peace Prize in 2011.
“Two-thirds of the world’s children who receive less than four years of education are girls … Girls represent nearly 60% of the children not in school.” (Women’s Learning Partnership)
Males in poor families are often favoured over their sisters in being allowed to go to school. The logic is that boys will grow up and have jobs that will give their family income. Instead, girls will grow up and become wives, even at the tender age of 12-13 – if they’re in school in the first place, they’ll be taken out before they’ve completed their studies. 1 in 7 girls in the developing world (excluding China) will already be wives by the age of 15. Marrying them off means putting these girls’ lives at risk, because becoming pregnant at an age in which the body isn’t fully developed is extremely dangerous: for the mother, and the child. Half of all births  in the developing world where the child is the mother’s first are to adolescent girls, and the leading cause of death for girls aged 15-19 worldwide are complications from childbirth and pregnancy. The child of a girl under the age of 18 is 60% more likely to die in its first year of life, compared to a mother who is more than 19 years old…
In Sub-Saharan Africa, fewer than 1 in 5 girls make it to secondary school.
Not giving girls a proper education means limiting their opportunities to earn income in the future. For poor households, communities and nations, this is equal to wasting a huge economic resource. In fact, it’s estimated that if 10% more girls go to school, a country’s GDP increases on average by 3%. According to the World Bank, an extra year of secondary school for girls can increase their future wages by 10-20% – imagine what an extra 3, 5, 10 years of school can do! Lacking education and the same access to jobs as men, women in poor communities tend to work in the informal sector to earn extra cash for their families: with jobs that range from street hawking to prostitution. These women must split their time between taking care of their children, husbands and homes, whilst doing jobs that offer no legal protection, are low-paid, and can even be outright dangerous.
“Women work two-thirds of the world’s working hours, produce half of the world’s food, but earn only 10% of the world’s income and own less than one percent of the world’s property. On average, women earn half of what men earn.” (Global Poverty Project)
Though informal sector employment helps a lot of women earn income, it’s far from ideal. Is it not fair to demand better jobs for women?
Confined to be wives and mothers, and restricted to the realm of domestic work, women and girls aren’t considered by their own communities to be of equal value as men. This way of thinking is plainly counter-productive. Not nurturing women’s potential is the same as giving up on those future doctors, managers and entrepreneurs who can lift entire villages out of poverty. It means reproducing a downward spiral: because the only antidote todiscrimination against women is giving them a more equal role in society. Why? So that they can build dreams for themselves and their children. So that men learn to appreciate their intelligence and resourcefulness. So that they rear daughters who will want the most out of life, and sons who will respect and cherish their sisters. 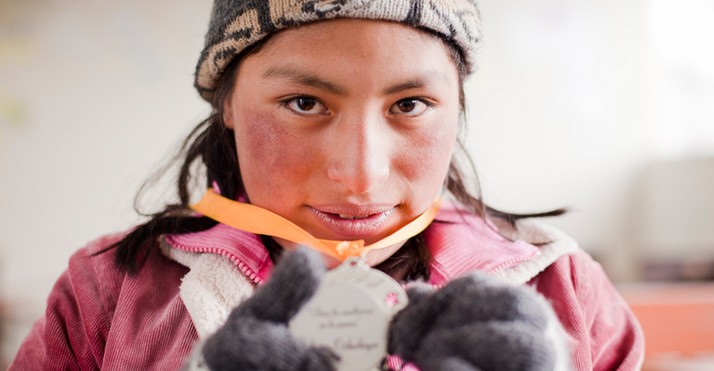 Senna is from Peru. She’s one of the girls whose story you can learn about in the documentary Girl Rising (watch the trailer following one of the links below).
What women and girls around the world face because of poverty and discrimination, and what they’re doing to change this, is impossible to capture in words alone. So, here are some videos that speak for themselves. They feature stories that will shake your perception of women and girls living in poverty: instead of pity, you’ll feel immense admiration…