Are you feeling sceptical about committing to your New Year’s Resolutions for 2017? I know I am, I don’t really believe in them, because up until now, they’ve never worked.

They always end up depressing me, mainly because I realize that they are almost the same as last year’s which means that, once again, I have not fulfilled my goals (you know, the classics: do more sports, get up earlier, read more books, eat healthier.)

But this year I stumbled upon two articles that changed the way I see New Year resolutions. How? Because after reading them, I managed to implement a new habit during the year, which not only busted the idea of needing a special date to change something but also served as proof (more to myself than anybody else) that I could actually complete a resolution.

Here’s the advice that helped me establish a new habit and how you can also turn this year’s resolution into new habits that will enrich your life.

The first piece of advice that helped me start a new habit was actually on the back of a Müsli packaging (not in a fancy article, as mentioned above, but there are many articles about it nevertheless). It was written over the photo of a woman in sportswear jogging up a mountain, promising me that in 21 days you can learn a new habit.

And indeed, 21 consecutive days is what it takes to start a new habit. It doesn’t sound like a big deal, but if you’re trying to implement something new into your daily routine, it can get tough at times. It will take more energy than you think, and you will have to push yourself, especially in the beginning. Otherwise, you’d already be doing it, right?

It’s important you don’t interrupt the 21 days, as that will mean starting from scratch again. But if you think about how most habits don’t cost us any energy or brain power, it’s worth the hassle.

Tackle Them One By One

The key to success is to take them down one by one. Turning all the resolutions into a habit at the same time is impossible. You’ll feel overwhelmed and just by failing one, you’ll feel like dropping out on all of them. So don’t overdo it. Take your time, there are 365 days for you to resolute the hell out of 2017.

Start with the one that is most important to you. Now set your goal to work on this resolution, and this one only, for the next 21 days. Once you’ve made it a solid habit, you’ll have enough energy to start the next one.

To keep your motivation up, draw 21 squares on a sheet of paper or in your calendar. Each box will represent one of the 21 days it’ll take you to own the new habit. Sellotape it to a wall you’ll pass by at least once a day and tick off the squares one by one. You might find another method but visualising it really worked for me.

I feel immense satisfaction when ticking off to do’s. Especially on days when I really feel like skipping the not yet formed habit, it makes me push myself even harder. I just can’t stand the idea of that unticked “box of failure” sneering at me every day. Maybe it will also work for you :) 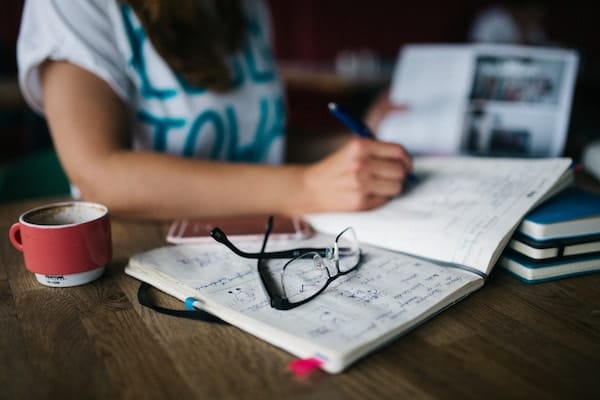 Work With Your Cycle When Starting A New Habit

The second most important (menstrual) advice that helped me reach my personal goals I got from Nylon Magazine, in a piece by Malaika. It’s about how to use each phase of your cycle for your benefit. She compares each phase to a season, and just like flowers can’t be in full bloom all year round, neither can you. Your energy levels, social skills and ability to reflect upon yourself fluctuates, depending on where you are in your cycle.

That’s why it’s important to track your menstrual cycle and work with it. I for example now start journaling the days before and during my period. I can clear my head and organize thoughts and write an action plan for the days when I can get out of my comfy pants. Then, the second week of my period, when my energy levels are thriving, I start implementing the action plan. That’s the best phase to start with day one of the 21 days that you’ll need to for your new habit.

I hope you’re ready for 2017 – I know I am! Stay period positive, self-confident and proud of yourself!

Field Report from Malawi: the power of peer to peer training

By Alfred Muli,Regional Program Manager-East Africa I recently returned from a field visit to Malawi where we hav...
Read More

Standing ovulations for these 4 comedians

In September, four comedians decided to perform as a collective at Zulu Comedy festival in Denmark. Tired of being tr...
Read More